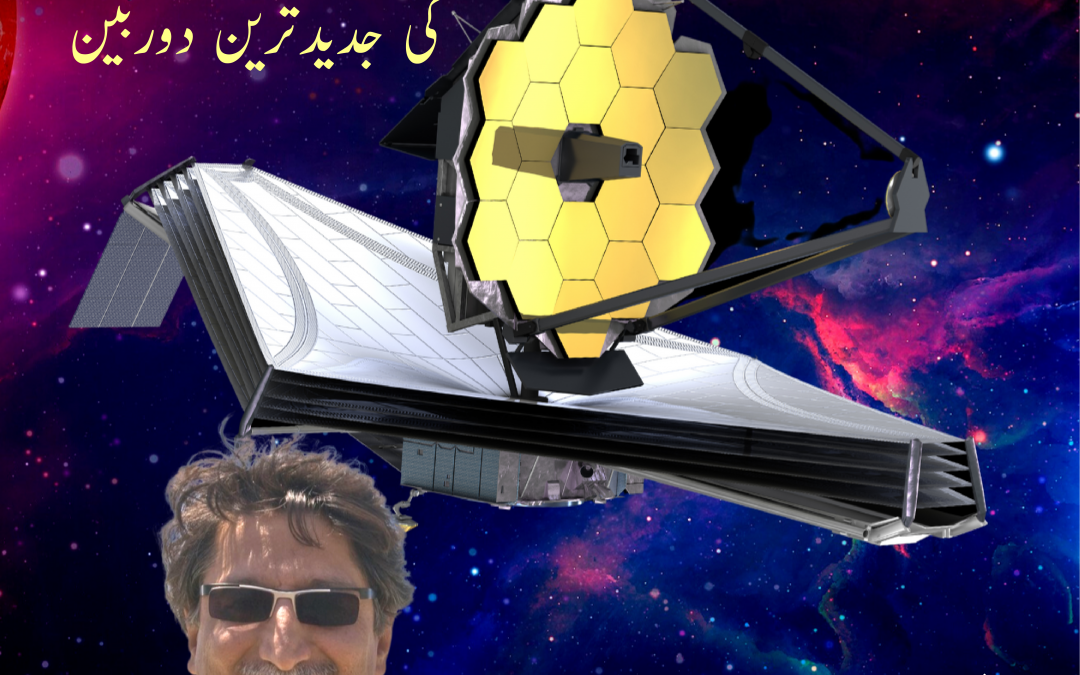 James Webb Space Telescope: One of the biggest Engineering Marvels of our Century!

Do you want to find out more about what makes the James Webb Space Telescope (JWST) one of the greatest scientific marvels of all times?

If yes, then tune in on 29 January 2022, Saturday @ 7 PM PKT (+5 GMT Zone) on our Facebook page (www.facebook.com/KhwarizmiScienceSociety) for the webinar on JWST with Mansoor Ahmed (Emeritus; NASA Goddard Space Flight Center). 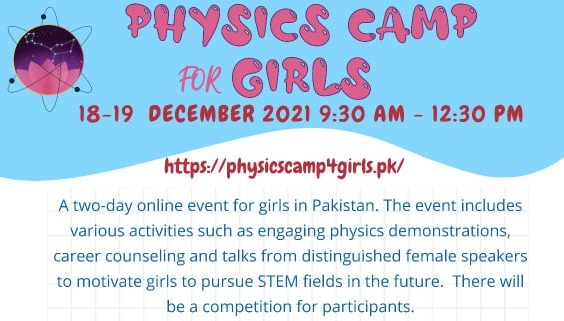 Khwarizmi Science Society (KSS) was represented at the Physics Camp for Girls by Mohsina Asif (Science Communicator, KSS). Online quizzes, filled with fun and thought-provoking questions, were designed and conducted by KSS on each day. The top performers of each quiz were awarded with telescope kits and books. The purpose of these quizzes was to not encourage competition among the participants but rather engage them in an interactive activity and stimulate them to rethink some fundamental physics concepts. A talk introducing the mission and work of KSS was also delivered by Mohsina Asif. 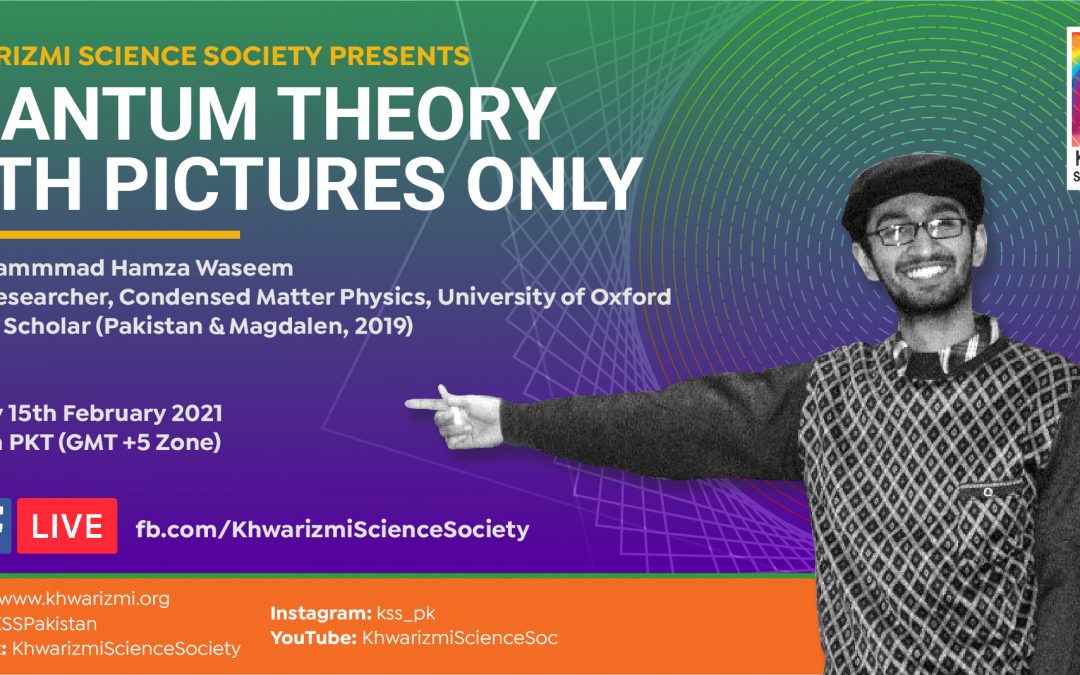 Quantum Theory with Pictures Only

Quantum theory was formulated in the 1920s and 1930s, yet it took about 60 years to discover quantum teleportation. Perhaps, this delayed ‘quantum leap’ can be attributed to the limitations of the prevalent mathematical formalism of quantum theory. Following this Wittgensteinian train of thought, a deeper understanding of quantum physics might be possible if newer mathematical tools are deployed to study it. I will talk about a recently proposed formalism of quantum theory, called Quantum Picturalism. Having its roots in category theory, this pictorial toolbox is based on how systems compose — which sits well with quantum interactions and entanglement. Even though the formalism looks like kindergarten drawings, it makes the study of quantum processes intuitive, can be used to teach a first course in quantum theory and is actively being used to do research in quantum foundations, quantum computing, cognition and even linguistics.

Speaker’s Profile: Muhammad Hamza Waseem is pursuing a DPhil in Condensed Matter Physics as a Rhodes Scholar at the University of Oxford. His research areas are quantum magnonics and hybrid quantum systems. During his undergraduate studies in electrical engineering from UET Lahore, Hamza helped develop pedagogical optics experiments and establishment of a lab at PhysLab, LUMS, and contributed to research on optical metasurfaces at ITU, Lahore. Hamza is also an author (with Dr Muhammad Sabieh Anwar) of the book, Quantum Mechanics in the Single Photon Laboratory, published by the Institute of Physics (IOP). Hamza is also an active Science Communicator, who has co-founded Spectra, an online science magazine and is a key organizer of the KSS Lahore Science Mela series. 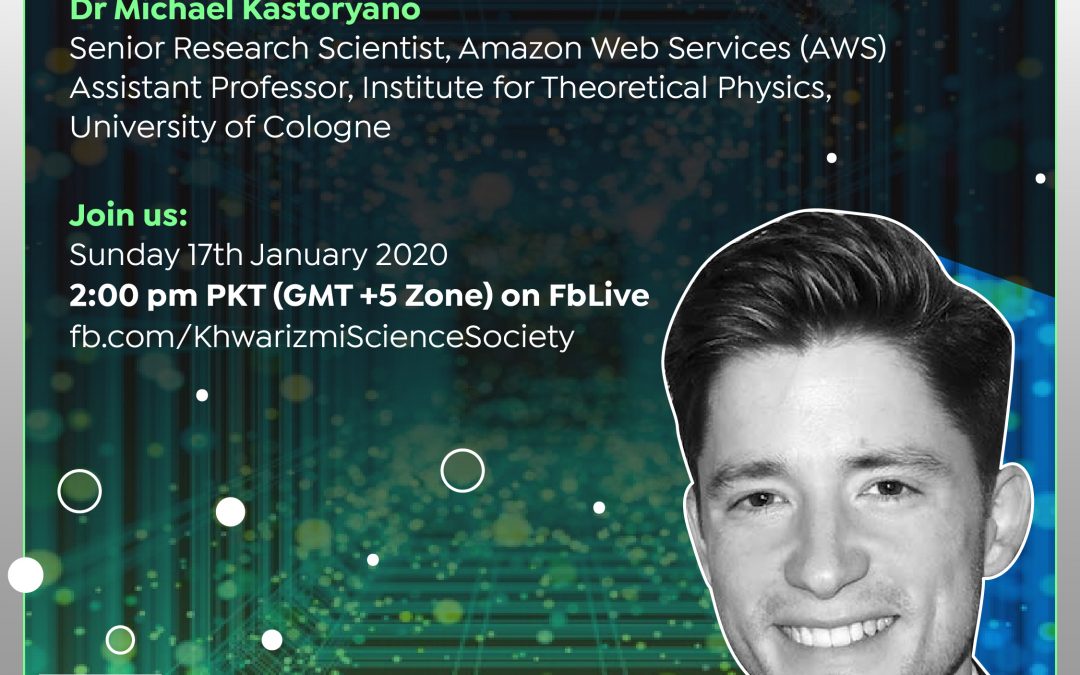 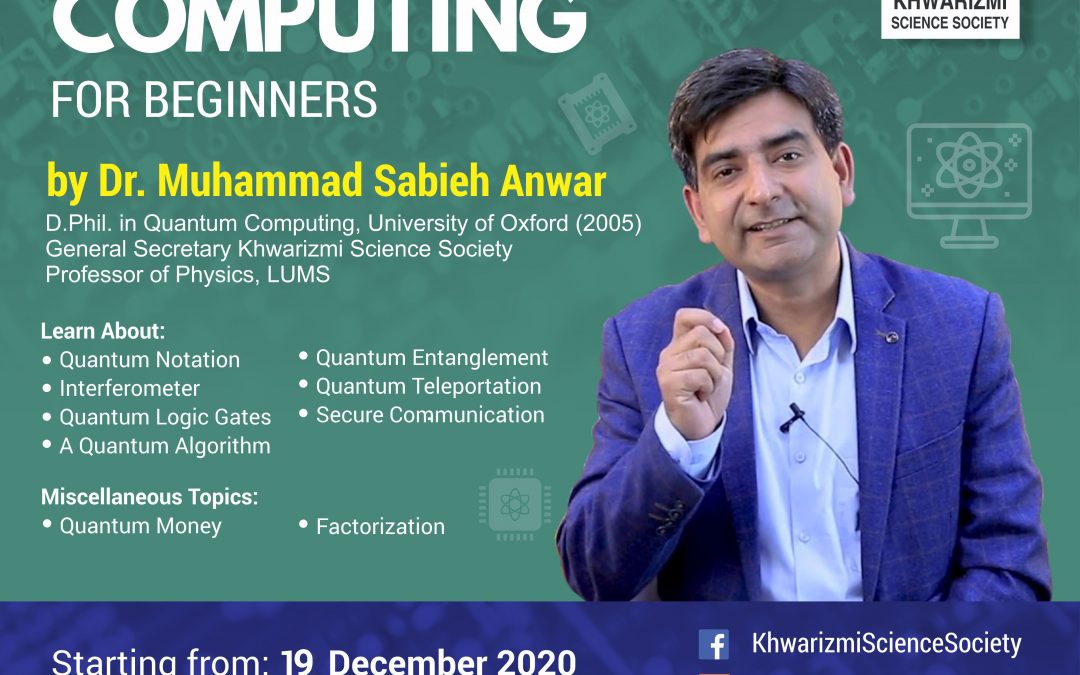 This is a series of eight lectures, each one hour long conducted through Zoom and exclusively online. No formal background in quantum physics is required, though a self-initiation may help. The course is most useful for students in their F.Sc/A’levels and students of physical sciences and engineering who are interested to learn more about quantum computers.