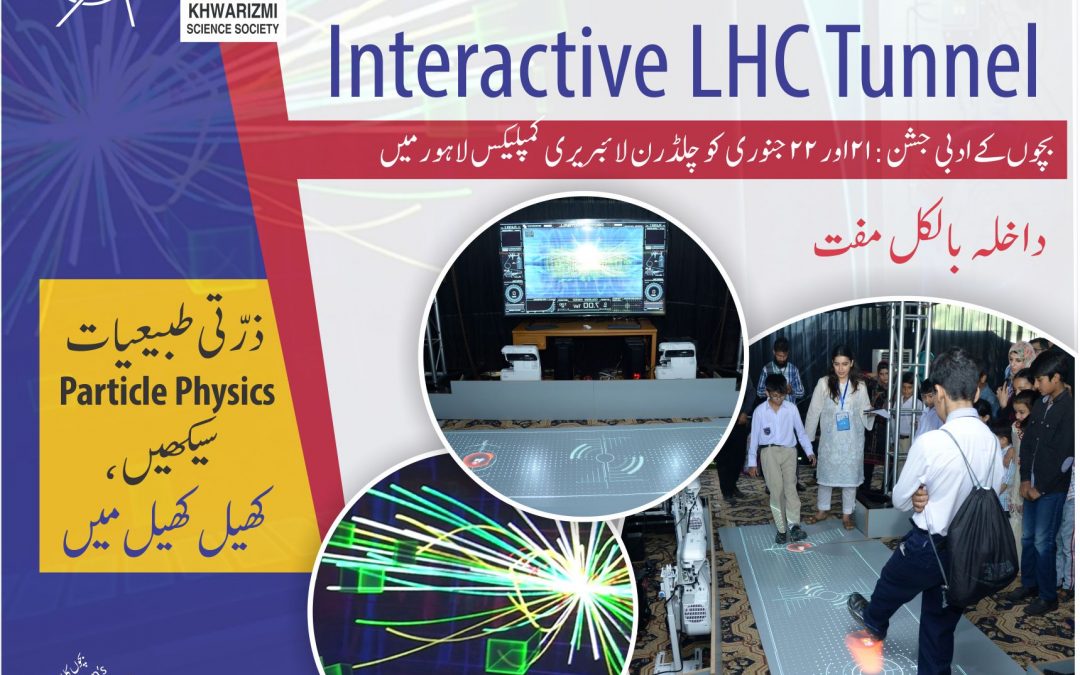 Khwarizmi Science Society (KSS) participates at the annual Children’s Literary Festival (CLF) 2020. CLF was held on 21st and 22nd Jan 2020 at Children’s Library Complex, Lahore. CLF is a social movement with the goal of expanding the culture for reading, creativity and imagination; a learning experience beyond textbooks and tests. KSS exhibited the ‘Large Hadron Collider (LHC) Interactive Tunnel’ at the festival. LHC tunnel made its debut at Lahore Science Mela 2019 with the collaboration of CERN Media Lab, Switzerland. The tunnel is based on the world’s largest physics experiment and provides a playful mode of learning about particle physics. 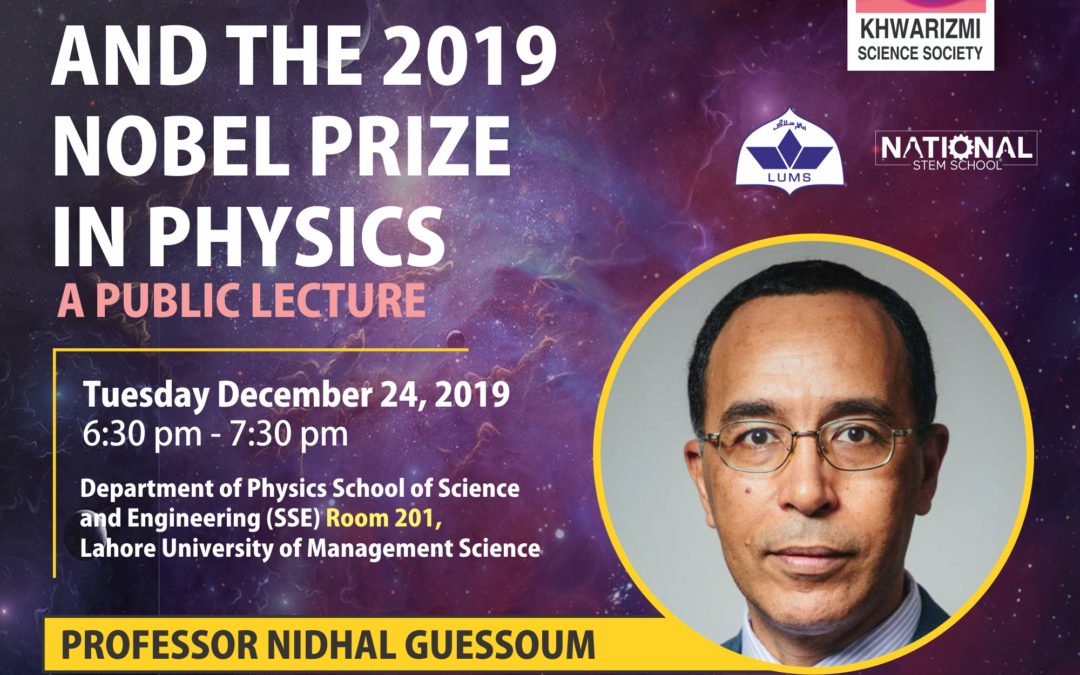 Exoplanets, The Early Universe And The 2019 Nobel Prize In Physics

Khwarizmi Science Society (KSS) in collaboration with Pakistan Innovative Foundation (PIF) and Lahore University of Management Sciences (LUMS) invites all science fanatics to a public talk on “Exoplanets, the early universe and the 2019 Nobel Prize in Physics”.

From Space Missions to Space Explorations

Ever since the humans started to think, they have been curious about the heavens. Over the years, we have taken advantage of technological advances to gain better understanding of the universe. In some cases, this curiosity has propelled the technological advances that have been extremely beneficial in our daily lives as well. In this talk, Mr. Ahmed will discuss how our knowledge has expanded via space based astronomy with observatories such as Hubble Space Telescope and what we hope to learn with the James Web Space Telescope. 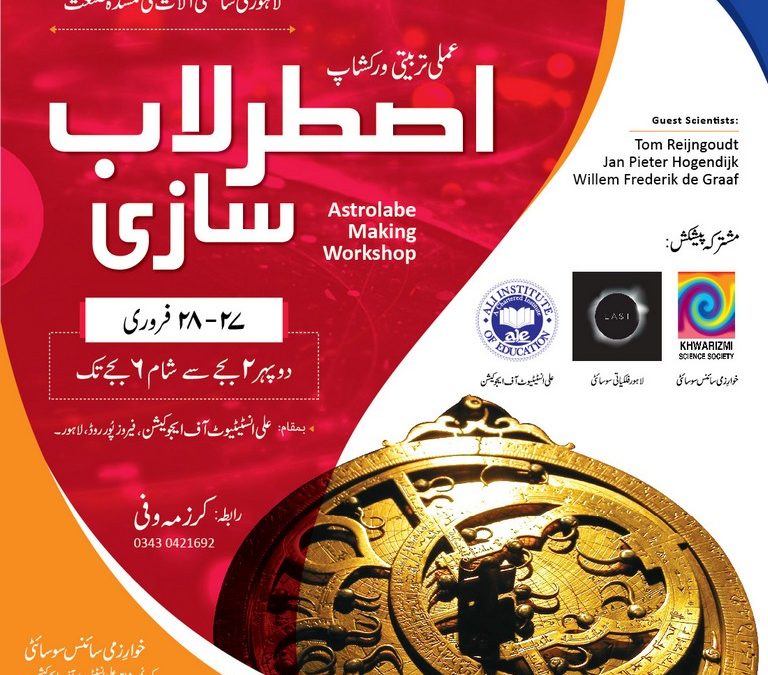 Interferometry: From Nothing to Black Holes