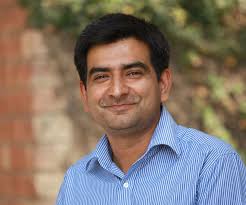 Dr. Muhammad Sabieh Anwar is an Associate Professor of physics at the LUMS Syed Babar Ali School of Science and Engineering. He helped establish the physics department and was among the principal founders of the School's experimental facilities and curriculum. He remained Chair of the Physics Department for a period of five years. His physics instructional laboratories have been replicated in five Pakistani universities. His research interests encompass spintronics, magnetism and optics. Sabieh has published around fifty research articles in international journals including Science and Physical Review Letters. He is the General Secretary of the Khwarizmi Science Society that is aimed at popularization of science at the grass roots levels. Prior to joining LUMS SSE in 2007, Sabieh was a post-doc in chemistry and materials science at University of California, Berkeley and a PhD student, as Rhodes Scholar, at the Oxford University. He is recipient of the TWAS medal in physics in 2008 and the National innovation Prize in 2015.