About Us
History
Our Team
Our Founder
More Links

Who was Muhammad Bin Musa Al-Khwarizmi? 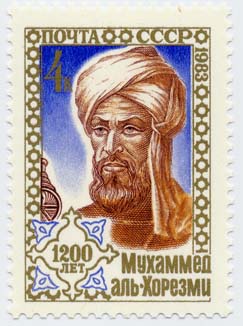 Al-Khwarizmi was one of the greatest mathematicians to have ever lived. He was the founder of several branches and basic concepts of mathematics who is also famous as an astronomer and geographer. Al-Khwarizmi influenced mathematical thought to a greater extent than any other medieval writer. He is recognized as the founder of Algebra, as he not only initiated the subject in a systematic form but also developed it to the extent of giving analytical solutions of linear and quadratic equations. The name Algebra is derived from his famous book Al-Jabr wa-al-Muqabilah. He developed in detail trigonometric tables containing the sine functions, which were later extrapolated to tangent functions. Al-Khwarizmi also developed the calculus of two errors, which led him to the concept of differentiation. He also refined the geometric representation of conic sections

The influence of Al-Khwarizmi on the growth of mathematics, astronomy and geography is well established in history. His approach was systematic and logical, and not only did he bring together the then prevailing knowledge on various branches of science but also enriched it through his original contributions. He synthesized Greek and Hindu knowledge and also contained his own contribution of fundamental importance to mathematics and science. He adopted the use of zero, a numeral of fundamental importance, leading up to the so-called arithmetic of positions and the decimal system. His pioneering work on the system of numerals is well known as “Algorithm,” or “Algorizm.” In addition to introducing the Arabic numerals, he developed several arithmetical procedures, including operations on fractions.

In addition to an important treatise on Astronomy, Al-Khwarizmi wrote a book on astronomical tables. Several of his books were translated into Latin in the early l2th century by Adelard of Bath and Gerard of Cremona. The treatises on Arithmetic, Kitab al-Jam’a wal-Tafreeq bil Hisab al-Hindi, and the one on Algebra, Al-Maqala fi Hisab-al Jabr wa-al-Muqabalah, are known only from Latin translations. It was this later translation which introduced the new science to the West “unknown till then.” This book was used until the sixteenth century as the principal mathematical text book of European universities. His astronomical tables were also translated into European languages and, later, into Chinese.

The contribution of Al-Khwarizmi to geography is also outstanding. He not only revised Ptolemy’s views on geography, but also corrected them in detail. Seventy geographers worked under Khwarizmi’s leadership and they produced the first map of the globe (known world) in 830 C.E. He is also reported to have collaborated in the degree measurements ordered by khalifah (Caliph) Mamun al-Rashid were aimed at measuring of volume and circumference of the earth. His geography book entitled “Kitab Surat-al-Ard,” including maps, was also translated. His other contributions include original work related to clocks, sundials and astrolabes. He also wrote Kitab al-Tarikh and Kitab al-Rukhmat (on sundials).

Another comprehensive biography of Al-Khwarizmi.